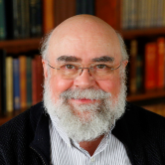 I have devoted substantial effort to developing integrated databases that allow analysis of long-run changes in population and health. My work has been continuously funded by the NIH since 1989 and by NSF since 1991. Under my leadership, IPUMS has become the world’s largest and most widely used population database, with coverage of almost 100 countries and census data spanning over 200 years, as well as U.S. health, economic, and time-use survey data, and aggregate U.S. census data (National Historical Geographic Information System). I recently directed a project to seamlessly integrate IPUMS-International microdata with land-use, land-cover, and climate data (Terra Populus). I am also working on creating a database of all persons enumerated in the U.S. from 1790 to 1940, which will serve as the framework for an integrated system of longitudinal population data.