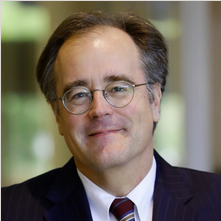 I am the Director of the Institute on Metropolitan Opportunity. I have written three books and dozens of articles and book chapters on local government law, spatial inequality, fair housing, school desegregation, charter schools, state and local taxation and finance, and land use law. The syndicated columnist Neal Peirce called me “the most influential demographer in America’s burgeoning regional movement.” My research has led to legislative and judicial reforms at the federal level and state level reform in Minnesota, Illinois, Michigan, California, New Jersey, Connecticut, Massachusetts, Washington, Oregon, and Maryland.

I have been a litigator in a large law firm, a civil rights lawyer, and an assistant attorney general of Minnesota, representing Minnesota in appellate courts, including the United States Supreme Court.