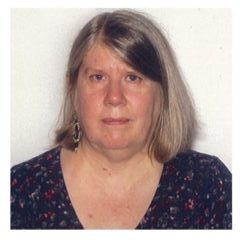 After using census public use samples in my dissertation on the history of population controversies in the United States, I was pleased to co-author the procedural history for the 1880 census public use file as a post-doc at the University of Minnesota in 1990.  After returning to MPC in 2000, I began working on collaborative projects to integrate U.S. and international census and survey data.  Together with grad RAs, I created the first version of the IPUMS CPS database, harmonizing and documenting variables from the widely-used Annual Social and Economic Supplement from 1962 forward. In collaboration with Carolyn Liebler, I fact-checked, edited, and sometimes rewrote the documentation and coding schemes for all census samples included in the IPUMS-USA database as of 2001, along with adding codes and documentation for the first round of the American Community Survey.  I have served as co-PI on the IPUMS International global census integration project from its inception, and I continue to contribute as the head of the IPUMS International dissemination committee. I began harmonizing health survey data with the Integrated Health Interview Series (IHIS, now called IPUMS Health).  I co-authored two grant proposals for NICHD funding, directed data harmonization and documentation work on the National Health Interview Survey (NHIS) files from 1962 forward (creating over 10,000 integrated variables), and led outreach efforts.

I am MPI and project manager for the IPUMS DHS project. My intensive involvement in managing and contributing to the work flow of harmonizing, documenting, and disseminating IPUMS DHS data has given me deep understanding of both the challenges and the richness of data from The DHS Program. In a little over five years, I have overseen the harmonization of DHS data on women, children, and births for 23 countries, over 100 surveys, and over 5000 variables.