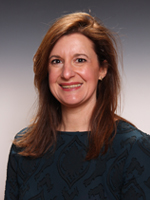 I am an expert on family functioning, including marriage and cohabitation, and its intersection with human development. In the past, I have analyzed data from multiple longitudinal US datasets, which made me aware of shortcomings (such as the lack of data on sexual minorities). I am PI of an R01 funded by NICHD’s PDB for the National Couples’ Health and Time Study, the first fully powered, population representative study of cohabiting and married sexual minorities in the United States with a comparison sample of married and cohabiting heterosexual individuals, and their partners, as well. I am also leading the Work and Family Study 2020, funded with an R01 by NIA, which will produce a third repeated cross-section the Marital Instability across the Life Course and the Work and Family Life 2000 study. In other work, I co-designed and co-led the New Parents Project with my colleague Dr. Sarah Schoppe-Sullivan. This project, which has produced publications with more than 1000 collective citations, followed married and cohabiting dual-earner couples across the transition to parenthood, by collecting dyadic survey, time-diary, and observational data across 5 waves from 2008 to 2017. Finally, I have utilized a variety of population datasets to answer questions around population health and work and family. I have worked with the Marital Instability Across the Life Course, the National Longitudinal Study of Adolescent to Adult Health, the Fragile Families and Child Wellbeing Study, the National Longitudinal Study of Youth 1979, 1997, and the 1979 Children and Young Adult.