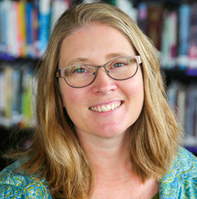 I specialize in research on race response decisions and response change among American Indians and Pacific Islanders, two groups shown to have especially fluid responses. I have recently published research using cross-sectional data from 1990 and 2000 to understand a one-million person net gain in the size of the enumerated American Indian population across these years. In another paper covering the jump in enumerated race-specific population sizes across the 1990 to 2000 period, I applied “bridging” methods to public use census data, enabling social statisticians to make cross-time comparisons without unnecessarily excluding multiple-race respondents. In related work, I have published research on predictors of mixed heritage American Indians choosing an American Indian race response (as opposed to emphasizing another heritage) and parallel work on Native Hawaiians and other Pacific Islanders. I have used census data from 1990 and 2000 to understand why some people who report American Indian race do not report an enrolled or principal tribe, despite the significant cultural and political importance of tribal affiliation.