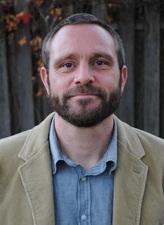 MPC Member and Assistant Professor of Sociology Jack DeWaard has been awarded an NSF grant (SES - 1850871) for a new project entitled "Extreme Weather Disasters, Economic Losses via Migration, and Widening Spatial Inequality in the U.S." DeWaard and Co-PIs Katherine Curtis (University of Wisconsin-Madison) and Elizabeth Fussel (Brown University) aim to conduct the first study of what they call economic losses via migrationfrom affected areas after extreme weather disasters in the U.S. Learn more about this exciting new project. [link to full story, this paragraph plus one below on the website]